Just under 300 children booked places for the poetry workshops which were scheduled for the 1st week of June in Ravenscourt Arts. Paul Cookson was the poet and Darren Hirst the M.C. as the schools’ groups came and went, over a three day period.

Every child left with a smile. There were noisy poems, join-in poems, poems about teachers, poems about football and thoughtful, inspiring poems.

From first-to-last, each performance was a treat and was followed by a workshop in which Paul taught the group the skills necessary to work with words and write their own poems. He also fielded every question that any child could come up with – some of which came from children who wanted to think about a career as a writer or poet and others who just wanted to ask personal and slightly embarrassing questions. Paul handled all in great spirit and the fun just flowed.

Speaking of embarrassment, more than one teacher found themselves worked into Paul’s poems and found their funny bones pinched. A great time!

What: Cordner and Rudolph supported by Perkelt

This show promised to be an unusual and cosmopolitan evening of folk music and it didn’t disappoint. The main act came from Northern Ireland and France, the support from the Czech Republic and in the show there was something for everyone.

Now I’m the first to admit that I’m not a huge aficionado of folk music but I found myself enjoying the show in the relaxed and tidy atmosphere that is Ravenscourt Arts.

First to the stage were Perkelt who tonight were reduced to a duo from their usual three-piece. Their percussionist is stuck in the U.S. with visa problems. But it would have taken more than such mundane matters to shake the confidence of this accomplished band.

Lead figure, Pavlina Bastlova is easy on the eye and outrageously talented. Co-founder and guitarist, Stepan Honc is at the heart of the music and drives it forward with consummate ability on his instrument.

Together, they took us on a journey through music from their first three albums, a mix of instrumental and vocal pieces. Miss Bastlova emphasised her ability by singing to us in a variety of languages – Czech, French, English and others I didn’t recognise.

Highlights of the show included Santa Maria, Tourdion and my personal favourite, The Willow Song with lyrics which come from Shakespeare’s Othello. Time, methinks, for Perkelt to set some of his sonnets to music. Now there would be a concept album!
Headliners, Cordner and Rudolph are an act that I know the name of from a previous lifetime associated with the Greenbelt Arts Festival but I never saw one of their shows then so I’m quite new to their music.

Again, we were in the presence of virtuosity, with Rodney Cordner an accomplished guitarist and Jean-Pierre Rudolph accompanying his vocals on violin, whistles and other instruments.

They painted quite a wide spectrum of music from modern Irish and Gaelic compositions, to traditional folk pieces to jazz explorations. The sound is gruffer but looser than Perkelt. Rudolph on “All of Me” and another Turkish flavoured jazz piece seemed content to let the music take him where it would as he explored its parameters and melodies in a deep spirit of improvisation. 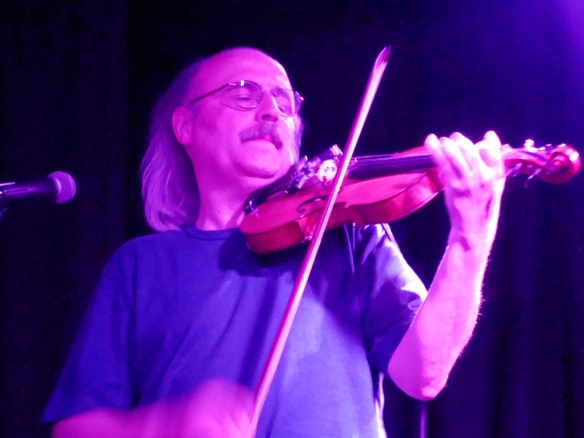 On the other side of the coin, Cordner brought us political pieces – some of which dated back to the 1980s and the era of Thatcher and the Irish troubles. Others considered more modern issues like the Irish property bubble in the song “Celtic Tiger”. He has a fine voice and with Rudolph was able to provide a wide-ranging set of many dimensions. 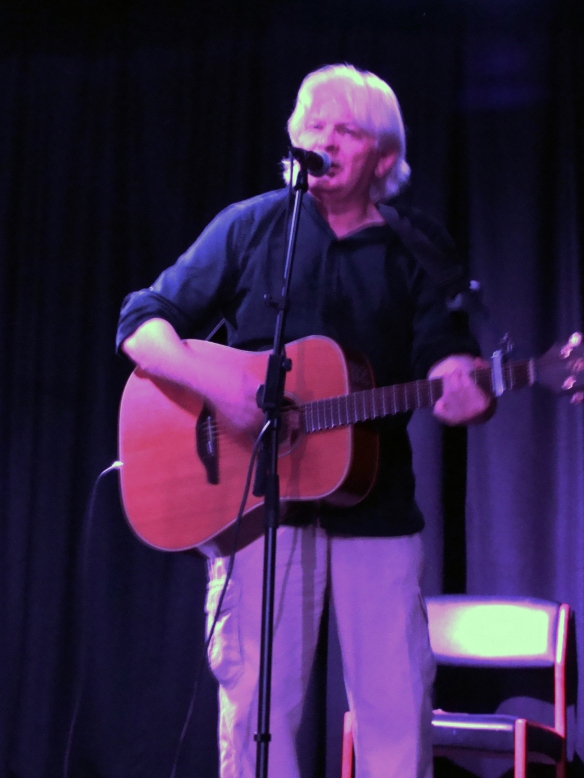 So the only thing disappointing about this night was the below par attendance. The acts on display and the venue deserve better but perhaps that will have to wait for next time.